Seeds collecting for in situ and ex situ conservation purpose 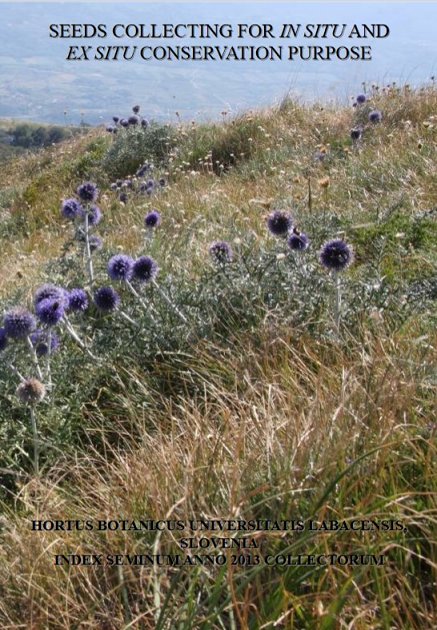 The University Botanic Garden Ljubljana has a long tradition of in situ and ex situ conservation. Since its beginning, they started to collect native plants for conservating in the Garden. Some of the plants, like Pastinaca sativa var. fleischmanni, are even extinct in the nature and survived only in the Garden. Also, nowadays, the University Botanic Gardens Ljubljana still maintains the tradition of collecting seeds for its own seed bank and publishes the Index seminum. Each year we are trying to col-lect the seeds from as many plant species as possible, species that are growing either in the garden or free in nature. Since 2000, the University Botanic Gardens Ljubljana has also been involved in in situ monitoring and in conservation of not only certain plants, but also important habitats, f.e. the dry meadow on the area of capital city of Slovenia – Ljubljana. In 2013 we also accepted the possibility for participation in collecting seeds for Mil-lennium Seed Bank. We collected seeds of 59 target plant species (being already selec-ted before for collecting) for the Millennium Seed Bank and 257 for our own Garden seed bank.